Ever have a job that was so good and easy to do that you couldn’t believe you were getting paid to do it? Following one’s passion has career advantages and a mentor can certainly help. Life’s routine events can result in serendipitous encounters with the most unlikely mentors. One such event occurred for me back in the 1970s.

It was a Saturday afternoon family Christmas gathering in December of 1976 and my Uncle Mike engaged me in a conversation. Uncle Mike’s demeanor was soft and articulate- he was a graphic design artist for a New York City advertising firm.

Uncle Mike asked me about my future plans. His question coincided with my career dilemma.  Internal tension about following my dream and pursuing a musical career conflicted with reality: most musicians were poor. The musicians I knew were dependent upon their families and sometimes their spouses for financial support. Ability and talent had very little to do with musical success. Instead the major success factor was luck – being in the right place at the right time. 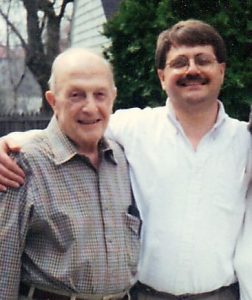 Uncle Mike and Me

I answered Uncle Mike’s question with candor. Throwing my heart into the response, I described how I had been feeling about suppressing my musical talent. “My job is okay. I get the sense that not playing music professionally has left a hole in my life. And every year the hole gets bigger and bigger.”

Uncle Mike listened with great empathy. I sensed he fully understood my dilemma and after I’d finished he shared his own experiences. As a young artist, he also had a yearning to express himself artistically and he pursued his dream not knowing where it would lead. Eventually, through friends and acquaintances Uncle Mike learned about an advertising firm in need of a graphic artist. He applied for the job, passed the interview and began an upwardly mobile career that both satisfied his artistic and professional needs.

“Making a career change while you’re young is not a great risk.” he said. “You’re still young enough to bounce back and try something new. One of the worst emotions a person can experience is regret for not following a dream. Regret for mistakes will pass in time. But living with a lifetime of regret, because you were afraid to take a chance, is a personal tragedy. People who enjoy their work send out positive vibes and attract better career opportunities. ”

Next December in 1977 I met Uncle Mike at a family Christmas gathering. He beamed when he heard that I was actively pursuing a musical career. After I had described my band’s repertoire and touring schedule Uncle Mike completed the mentoring cycle with a few choice words.

“Stephen, last year about this time, you told me about your dream to pursue a music career. In the span of 12 months, look at all you have accomplished – I’m so proud of you.” said Uncle Mike. 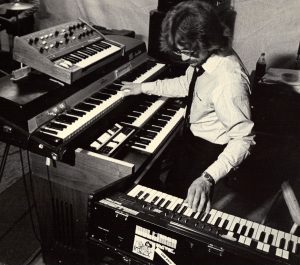 Thanks to Uncle Mike’s Encouragement

I felt terrific. At the time I accepted the complement and assumed Uncle Mike conveyed an extemporaneous statement. Years later, upon further reflection I realized he carefully chose those encouraging words to ensure the maximum impact as a mentor.  He demonstrated the power of encouragement, service and mentoring.

My music performing career lasted about ten years and through contacts in the music industry I landed a technical support rep job at a New York musical instrument company. The daily thought that popped into my head as I handled technical support calls was; “I can’t believe they’re paying me to do this.”

One never knows where career choices may lead. One thing is for sure; following your passion will lead to a happier life.

“One of the worst emotions a person can experience is regret for not following a dream.”